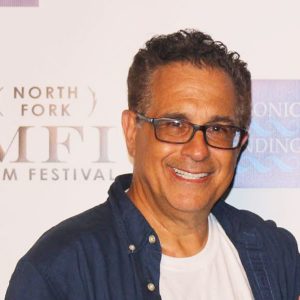 Tony Spiridakis is a prolific writer, producer, director, and teacher. Tony studied acting at the Yale School of Drama, then left to star in the Stephen Bochco series Bay City Blues. His first screenplay, Queens Logic, starred Kevin Bacon, John Malkovich and Jamie Lee Curtis; his play Self Storage was developed at the Mark Taper Forum; his TV pilot, The Heights was a series on FOX.

He has written for producers Scott Rudin, Laura Ziskin, Mike Medavoy, as well as actors Dustin Hoffman, Diane Keaton, and Eddie Murphy. His comedy for Tri-Star, If Lucy Fell, starred Sarah Jessica Parker and Ben Stiller. His directorial debut came with the adaptation of his play, The Last Word, starring Timothy Hutton. He directed Ron Perlman and Joe Pantoliano in the black comedy Tinseltown for Samuel Goldwyn; his thriller, Noise, won Best Director honors at the Florida and New Orleans Film Festivals; Beyond The Ashes, with Giancarlo Esposito, won Best Screenplay at the Riverrun, Austin and Montreal Film Festivals.

He produced and directed the documentary Driving To Ground Zero, about a father who drives from Los Angeles to New York along Route 66 to get back to his family during 9-11. He recently completed work on the comedy pilot Greenport, about a father raising a son with autism, and is developing a TV series for producer Christina Wayne, based on the life of Italian Prime Minister Silvio Berlusconi. His screenplay, The Angry One, is being produced by Tony Goldwyn and he is currently writing the feature film, Mike’s Place, for Todd Komarnicki and Antoine Fuqua. 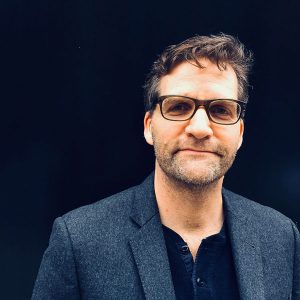 Shannon Goldman is the founder of Super G Films, a New York-based production company. Shannon has directed, edited and produced several feature-length films, many of which debuted at top film festivals and were released to critical acclaim. He contributed as an early advisor to the Manhattan Film Institute, a boutique film conservancy in Greenport NY, where he teaches filmmaking and serves on MFI’s Board of Directors.

Through Super G Films, Shannon directs, edits and produces commercials and hand-crafted brand films that specialize in storytelling for some of the top fashion retail companies in the country. Shannon was born and raised on the Upper West Side of Manhattan. He currently lives and works on the North Fork with his wife.

Wendy Makkena is an accomplished actress, musician, and entrepreneur from New York City, with a diverse background in film, television, theatre, and the arts. Ms. Makkena is a classically trained Juilliard harpist, performing at Carnegie Hall. She also plays R&B guitar, danced with New York City Ballet, and is the founder of a successful startup.

Wendy originated the iconic role of Sister Mary Robert in Sister Act and Sister Act 2. She recently appeared in It’s a Beautiful Day in the Neighborhood with Tom Hanks andThe Tommorrow Man, with John Lithgow.

Television Credits Include A recurring role on NCIS as Dr. Rachel Cranston. She has also starred in the Fox comedy series Oliver Beene; the CBS series Listen Up; ABC series The Job; Fox’s The Mob Doctor and the role of “All the Way” Mae in the TV series A League of Their Own, directed by Penny Marshall. 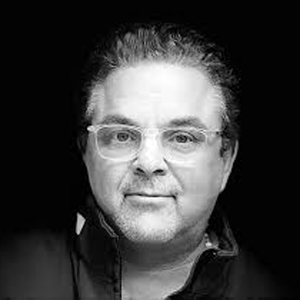 Bob Krakower is recognized as one of the top acting teachers and coaches in the business. His clients have been nominated for Tony, Emmy, and Academy Awards. Bob teaches in both New York and LA while maintaining a busy coaching schedule on set for numerous film and television projects.

A graduate of Tufts University and the American Conservatory Theatre, he also served as Guest Director/Teacher for David Mamet and William H. Macy at the Atlantic Theatre Company, eventually taking over as Director of the Atlantic Theatre Company Acting School, running both the Professional and NYU Undergraduate Divisions. He has been on staff and guest-taught for (among many others), NYU, the Stella Adler Conservatory, The Howard Fine Studio, and The Actor’s Center in New York, where he joined Earl Gister (Yale), Lloyd Richards (Broadway), and J. Michael Miller (NYU) as a Founding Faculty Member. 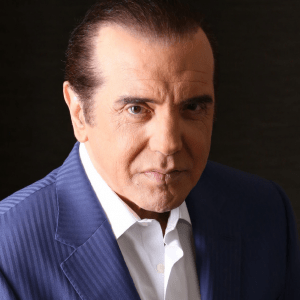 Chazz has appeared in over 50 films and is best known for his performances in A Bronx Tale, The Usual Suspects, Mulholland Falls, Diabolique, Running Scared, and his Academy Award nominated role for Best Supporting Actor in Woody Allen’s smash hit Bullets Over Broadway.

Chazz wrote the acclaimed one-man show, A Bronx Tale, which depicted his bruising childhood in great detail. Three years later, he wrote the screenplay and Robert DeNiro took it to the silver screen. A Bronx Tale, featuring Palminteri starring opposite DeNiro, was a critical and commercial success. And he later teamed up again with DeNiro in the hit Analyze This.

On television, Mr. Palminteri has starred in a number of high profile roles, including USA Network series Kojak, TNT’s Boss Of Bosses, and Rizzoli & Isles. Most recently, Mr. Palminteri can be seen on the award-winning television series, Modern Family, as Shorty.

Mr. Palminteri has directed several projects including an episode of Oz for HBO and the made for TV movie, Women vs. Men for Showtime starring Joe Montegna and Christine Lahti. He also directed the Feature Film, NOEL, starring Robin Williams, Susan Sarandon, Penelope Cruz and Paul Walker.